Crops may be divided into two major categories-

Under Agricultural head all field crops like rice, wheat, barley , maize , oats, millets, pulses, oilseeds, palm seeds, sugarcane, cotton, jute & allied fibres are included. Under Horticultural crops all fruit crops, vegetable, potato, tuber crops, mushrooms, ornamental plants, medicinal & aromatic plants , all spices , condiments and plantation crops are included. Cropping activities of all the above crops go on all round the year in our state provided water is available for crops.

In northern India, there are two distinct seasons :

The crops grown between March to June are known as Zaid crops. In some parts of the country there are no such distinct season, but there they have their own classification of seasons. The village revenue officials keep plot- wise record of crops grown in each season. These are annually compiled district- wise, state- wise and on all-India basis. From these records , the relative abundance of a crop or group of crops in a region can be calculated. In Assam crop data is available with all field functionaries of agriculture department and Economic and Stastical department. Crops are grown sole (mono cropping) or mixed ( mixed cropping), or in a definite sequence( rotational cropping). The land may be occupied by one crop (mono cropping), or by two crops (double cropping), which may be grown in a year in a sequence. Of-late , the trend is even towards growing more than two crops (multiple cropping) in a year. These intensive cropping systems may be taken either in sequence or there may be even relay cropping – one crop under sown in a standing crop. With wide-rowed, slow-growing crops, companion crops may be grown.

A healthy plant carries out its normal physiological functions such as cell division, differentiation and development, absorption of water and nutrients from soil and their transport to other parts, photosynthesis and translocation of photosynthetic to areas of utilization or storage, metabolism of synthesized compounds reproduction and storage of food supplies for overwintering or reproduction. But, a plant becomes diseased when it is continuously disturbed by some casual agent inducing an abnormal physiological process that disrupts the plant’s normal structure, growth, function, or other activities. This interference with one or more of a plant’s essential physiological or biochemical systems elicits characteristic pathological conditions or symptoms. There are more than 80,000 plant diseases known worldwide. In fact, all plants are vulnerable to attack by disease. Crop plants are frequent victims, and crop diseases can result in enormous agricultural and economic losses. Fossil evidence indicates that plants were affected by disease 250 million years ago. The Bible and other early writings mention diseases, such as rusts, mildews, blights, and blast that have caused famine and other drastic changes in the economy of nations since the dawn of recorded history.

Plant diseases can be broadly classified according to the nature of their primary causal agent, as infectious (biotic) or non-infectious (abiotic). Organisms responsible for infectious diseases include fungi, algae, prokaryotes (bacteria, mycoplasma like organisms and Rickettsia like organisms), viruses and viroids as well as phenerogamic (angiosperms) parasites, nematodes and even protozoa. Non-infectious plant diseases are caused by unfavourable extraneous conditions such as scorching sunlight, high temperature, moisture stress; excess or deficiency of micro-nutrients; heavy metal toxicity; atmospheric pollution; acid rain etc. Because non-infectious causal agents are not organisms capable of reproducing within a host, they are not transmissible. Nutrient deficiency can induce vulnerability to infection by other pathogen or a plant infected by one pathogen may become prone to secondary pathogens. There are several diseases that are of complex etiology and therefore proper disease diagnosis is essential to achieve enduring adequate plant health. 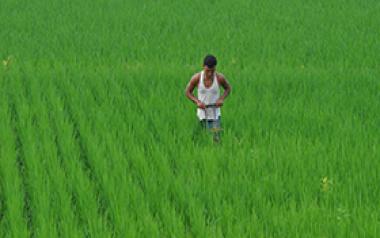