Agriculture in Assam has tremendous scope of growth and it is witnessing a number of positive developments. Agriculture Mechanization, assured irrigation has been identified as important focussed area for enhanced productivity and sustainable agriculture in the State. There is no gainsaying the fact that for increasing Agricultural production, the provision of irrigation is a vital need. Irrigation potentiality created in the state is far less than required, especially during summer paddy and Rabi season and the position needs to be substantially improved.

There is a considerable potential for agricultural growth in the State by increasing cropping intensity, raising crop yield and diversifying into pulses and oilseeds through irrigation. Considering the uncertainties in the production of Kharif crop due to flood and high rainfall, the State Agriculture Department has laid greater emphasis on Rabi crops by assigning top priority to developing assured irrigation facilities through installation of Pump Sets (Shallow Tube Well & Low Lift Pump). Irrigation by way of Shallow Tube Well and Low Lift Pumps is considered to be an efficient method of water utilization for crop growth. As on 31 March 2015, the State had irrigation potential of 11.27 lakh hectares (40% of the net cropped area) out of which, only 7.33 lakh hectares (26% of the net cropped area) was under utilizable assured irrigation.

As per the State Irrigation Plan prepared under Pradhan Mantri Krishi Sinchayee Yojana (PMKSY) scheme, present scenario of crop water demand in Assam is as shown below-

In order to attain the objective of optimum ground water use and to enhance assured irrigated area to facilitate extensive cultivation of Rabi Crops, the State Agriculture Department has given top priority for installation of Pump sets. Details of STWs and LLPs installed by the State Government over the last 8 years are indicated in the Table-1A below:-

With assured irrigation, Cropping Intensity has been raised to 146%.

For further increasing the assured irrigation area by an additional 2.0-lakhhectares and to regain the loss of area coverage by the poor condition of STWs installed prior to 2000, under  Rural Infrastructure Development Fund (RIDF) of NABARD, the Agriculture Department proposes to install, total 1,01000 nos. of Shallow Tube Well (STW) (60,000 nos. of Diesel, 30,000 nos. of  Electrical and 11,000 nos. of Solar ) in 3 years to bring 2,02000 Ha are under assured irrigation.

Again, under PMKSY Scheme, from 2016-17, it is desired to bring assured irrigation in each field of Assam by successful implementation of the Scheme through the following four components-

The basic objective of PMKSY Scheme is to achieve convergence of investments in irrigation at field level, expand cultivable area under assured irrigation, improve on-farm Water use efficiency to reduce wastage of water, enhance the adoption of precision-irrigation and other Water saving technologies, enhance recharge of aquifers and introduce sustainable water conservation practices and attract greater private investments in precision irrigation system. 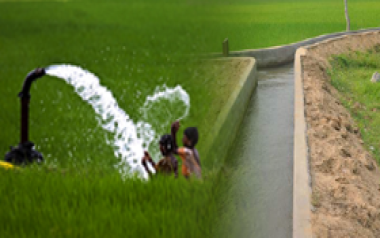